Sunday finally arrived and all the preparations were complete. The carpet was freshly shampooed and the walls, trim, ceilings, and windows were freshly scrubbed. The controversial books were no longer on the shelf and all of Ben’s beer paraphernalia was stashed away, hopefully for good.

Jessica and Ben spent three weeks anxiously waiting for this day. Sue Snodgrass, one of the most influential people in Jessica’s social circle, was coming over for tea.

This kind of visit was a very rare occurrence. Jessica and Ben did not get many visitors. They spent most of their time working at home, hanging out with their cat Franklin, and raising their 2 year old sun Justin.

Jessica did not know Sue very well. Three weeks earlier Jessica was meeting a client for lunch on the patio of the country club. Sue walked by and it turned out that she knew Jessica’s client.

The conversation predictably turned to the weather and the first flowers of spring. Jessica was surprised to learn that Sue Snodgrass was an avid collector of tulips.

Jessica was also a tulip gardener so the conversation took a deep dive into the tulips and by the time it came up for air, Sue had agreed to stop by in a few weeks to see Jessica’s tulip garden when it was in full bloom. 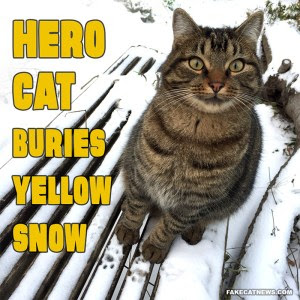 By the time Jessica got home to tell Ben panic began to sink in. There were the usual worries about the house being a mess. The yard needed a lot of work after a brutal winter. Those problems would have to be solved because the real worry was that Sue Snodgrass was on the board of the most desirable preschool in the area. Jessica’s mission in life was to get her son Justin accepted in the fall.

The three weeks before the visit were lost in a flurry of yard work, painting, and a trip to the dump that they both wanted to forget.

Jessica manicured the yard and planted hundreds of dollars worth of spring flowering annuals to fill out the garden.

The truth was that Jessica possibly oversold her garden when she met Sue that day at the club. In reality, her tulip garden consisted of a two by three foot patch of about 12 tulips. With that being said they were beautiful specimens and they would have to do.

The night before the visit something happened that almost never happens in April. It started to snow. This did not bother Ben and Jessica because they were so happy that their preparations were complete they did not care. A fresh coat of snow would hide the rough edges in the garden and show the tulips’ color beautifully with the white backdrop.

With less than thirty minutes to go before Sue’s arrival the stage was set. The blanket of snow gave the neighborhood a quiet quality. Jessica and Ben sat drinking tea in the den. Justin played with a small ball in his crib. Franklin the cat sat on the garden fence with his mind blown by all the snow.

Franklin had never seen snow before and he did know quite what to do about it. All he really could do was to walk carefully through it and lick it off his paws whenever he got the chance.

Sitting on the fence he could see Jessica’s tulips beautifully framed by the snow. Franklin liked the flowers because they brought Jessica out into the yard.  When she came outside to work in the garden he would follow her every move and try to help however he could.

As he sat on the fence Franklin heard one of his least favorite noises. The neighbors’ tired old dog Burns was walking along the edge of the property. Burns was too old and slow to scare Franklin, but still the cat did not like it when he came around.

Burns slowly sniffed his way by the shrubs until he came upon Jessica’s tulip bed. In one quick move, as if Burns had been training for this all his life, he lifted his leg and drenched the base of the pride tulip garden with a dark yellow pee.

Just then a white Mercedes sports utility vehicle pulled up and parked in the street in front of the house.

Burns the dog wandered off as Franklin stared horrified at the yellow snow that surrounded the tulip bed.

Jessica and Ben walked out to greet Sue as she got out of her car. Slowly they began to walk back towards the house and the tulip bed positioned along the path.

Franklin burst into action. He jumped down from the fence and ran over to the tulip bed. Guided by instinct, powered by pure adrenaline, Franklin used his back legs to skillfully bury the yellow snow.

He could see Jessica, Ben, and Sue getting closer, yet there was still yellow showing through. Reaching out with his right back leg Franklin found a rich patch of pure white snow that he deftly kicked back covering the last of the yellow snow just in time.

Franklin slipped into the bushes as they approached the tulip bed.

Sue Snodgrass bent over the flowers and said, “These tulips are just marvelous”.