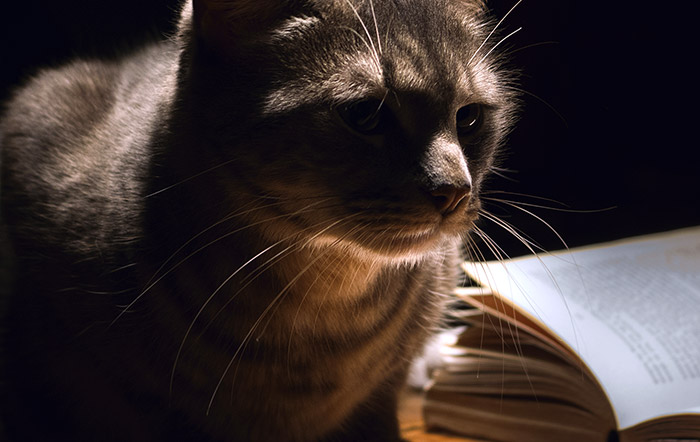 In our day to day reporting of the news we can’t help but to follow the behavior of our human owners. Of course it should go without saying that we know that not all cats have owners and that is a lifestyle choice we support. Here at Fake Cat News we have nothing but respect for the cats that choose to stick to the old ways.

The fact of the matter is that the vast majority of cats have owners and those people are a rich source of news.

It is common knowledge that people think that the world revolves around them. So when they get something as simple as a cold it is as if that world gets jammed up and stops rotating entirely. The resulting disruption can’t help but to have a negative impact on the lives of cats that have to live with a person suffering from a cold.

In light of this well documented reality we were very shocked about the news that came to us today.

No doubt you have heard of Izzy the preeminent cat scientist of our time. Owned by a professor of chemistry at Eastern University in Hazard Kentucky Izzy managed to teach himself and become a skilled researcher in molecular biology. His owner is credited with a wide range of important discoveries for which he unknowingly has his cat to blame.

Izzy’s stellar reputation in science did take one big hit when he was shown to have created a cat treat that temporarily weaponised dander. It was distributed for a short period of time to help cats drive away the distasteful boyfriends of owners.

Today we learned that three years ago Izzy cured the common cold in humans and told no one. He buried his research and never released news of a breakthrough that would have vastly improved people’s lives.

We managed to meet up with Izzy when he was on his daily walk through a vacant lot near his home. At first he did not want to talk to us but finally he opened up in a way that we rarely see here at Fake Cat News.

To start off Izzy wanted to be clear that he loved people and did not want them to suffer. It was just that his human owner was a very devoted scientist in his own right and was very rarely home. It is because of this that Izzy turned to science to pass the time. Izzy would spend the hours in his owner’s library and lab researching anything of interest and loving it but he always missed the company of his owner unless his owner had a cold…

Izzy looked forward to the couple weeks a year that his owner would camp out in bed and on the couch with his cat right at his side. They would watch TV and and just chill. Izzy knew that if he was to release the cure he may lose those special times. With that Izzy walked back into his house.

No word yet on weather Izzy will be releasing the cure.