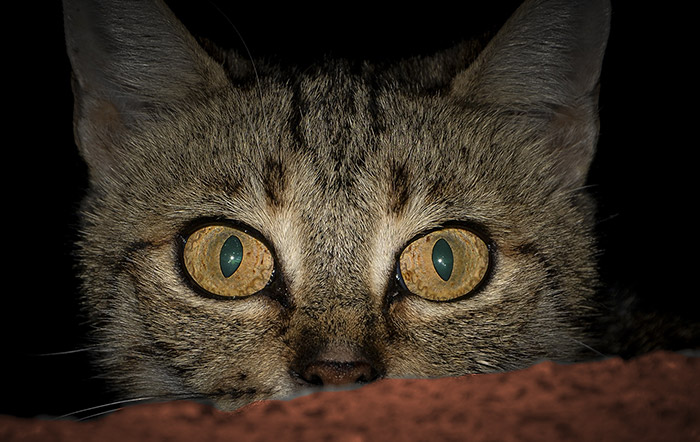 Thanks for joining us today. I am Scoop Anderson and this afternoon I can tell you that I have some amazing news.

When we think of conspiracy theories we all have something that comes to mind. Maybe for you it is the Kennedy assassination or the current health status of Elvis. For me it has always been the moon landing. There was something that just didn’t feel right about it.

Well I am excited to tell you that here at Fake Cat News we have put together all the pieces of a story that is going to shake the world.

The moon landing was a hoax and we can prove it.

The trail of evidence starts at the home of a soft spoken 17 year old Canadian hacker named Milo. With a keen interest in proving that there was life on Mars Milo had hacked the feed from the Mars Rover to NASA.  He was convinced that the space department was not telling the truth about what they were finding on Mars and he was right.

One day while Milo was monitoring data from the rover, a series of pictures appeared. They displayed something that the rover had found while digging in the dirt and taking soil samples. The data that came next confirmed that the photographs were in fact pictures of cat poop in the dirt on Mars.
Milo immediately posted the pictures and the data on Reddit and the story went viral. How is it that a cat was ever on Mars?

Pressure quickly started to build on NASA. How long had they known about this? Did they have anything to do with putting a cat on Mars?

All of the speculation was too much to take for a retired rocket scientist named Greg. At the age of 84 Greg was losing a fight with cancer and as far as he was concerned he deserved it. The decades of secrets and lies that he had to carry with him because of a mistake he made took a heavy toll and the price was cancer. He couldn’t take it anymore and he agreed to tell his story to Fake Cat News.

It had all started with monkeys. Greg was an engineer that designed the part of the rocket that housed the test monkeys. There would be a couple chairs, a feeding contraption, windows, and some simple controls that the rocket scientists used for testing purposes. Greg had built these for a decade worth of test missions. Brave monkeys would be shot into space so that their vital signs could be monitored until the very end.

When Greg got the call and learned that he was going to be in charge of designing the control pod for the first human mission to the moon he was really excited. He would be a big part of history and he would also get a raise.

Greg worked day and night to design a control room that was ahead of it’s time. The astronauts would have their every need taken care of. As he sent the files out to the rocket construction team he swelled with pride.

It was safe to say the whole country was on the pride train. The hype was overwhelming. The astronauts were already heros and the president of the United States was already taking credit for a mission accomplished.

A day before the launch, when the rocket was delivered, the bottom dropped out of the dream. It turns out that when Greg designed the control pod for the rocket he had an error in the formula that determined the units of measure. The math is complicated but what it comes down to is that the pod had been built to the measurements of a monkey and not a human astronaut.

The scene in the control room at NASA could be characterized as hushed panic. What were they going to do? They could not send astronauts to the moon in a rocket built for a monkey. Who was going to tell the president?

Everyone in the room looked over at him in disbelief and maybe a hint of hope.

“Yea, we could fake it” he said. “My brother makes monster movies in his garage. I am sure we could get him to help us. We could use the old gym as a sound stage and we already have the space suits and astronauts.”

Soon everyone started to get excited. Maybe they could do it?

Another engineer reminded everyone that they had agreed to let a local high school monitor the vital signs of one of the astronauts live.

“We could use a monkey!” said one enthusiastic engineer.

Most everyone in the room soon agreed that they did not happen to have a monkey. Then as if in unison they all looked over at the official NASA control room cat Lacy who had been following the day’s events closely.

It was decided. Within hours Lacy had been slapped into the control pod with a self cleaning litter box and a bag of cat food.

From here our story comes from video recordings taken from inside the pod and sent back to NASA.

The camera’s view shows the main hatch being opened from the outside. A hand reaches in with two white mice dangling by their tails. The mice are dropped and the door quickly closes. Later it was determined that the hand belonged to a young janitor who had befriended the cat  He figured Lacy would find them delicious.

All of America and much of the world gripped their seats as they watched the rocket launch towards the moon and into history. Lacy gripped her seat as well in sheer terror as the rocket ripped into the sky.

After what seemed like forever the booster rockets broke away and the spacecraft continued on its path towards the moon.

Inside the pod was a sight to see. Lacy the cat had some loose straps keeping her on the seat but the two mice were not as lucky. They floated around and around in the air without the aid of gravity to keep them on the floor. Occasionally Lacy would nip out at them with her teeth but her heart was not in the hunt. She knew she was in trouble. The experience of hanging around the NASA control room for 3 years had taught her a lot. She figured she could even fly this thing if need be but she knew that would probably not be enough.

Lacy figured that the ship was on autopilot towards the moon and would land itself but she did not know if they planned on bringing her home or not. She would just have to enjoy the view and make the best of it.

After many hours Lacy got bored and decided to catch one of the mice. One of them had stopped floating and found a way to crawl into a control panel. The other mouse was still floating around Lacy’s head with an odd anti-gravity swimming motion. It took a couple tries but eventually Lacy was able to reach out and grab the mouse with her claws and bring it towards her jaws.

Suddenly Lacy heard a yell from the control panel. The other mouse screamed “Please don’t eat my darling Peaches! She is all I have.”

Lacy was having none of it because after all she was pregnant. She needed the protein.

Then the mouse yelled “I will cut this red wire with my teeth!”.

Lacy figured that the tiny mouse would never be able to cut that wire before she could get to him so she slowly placed Peaches the mouse in her mouth.

Back at the NASA control room there was mayhem. For some reason the ship’s autopilot had failed and the craft was off course. It was quickly evident that the ship had overshot the moon.

Then suddenly something changed. Everyone in the NASA control room stood in stunned silence as they saw the ship straighten it’s path and take a new course. They could not believe their eyes.

Back on the ship Lacy was furious. That darn mouse had disabled the auto pilot and Lacy had to take over the controls herself. As Lacy saw the moon fade into the distance she knew that a new plan was needed. Lacy decided to head for Mars.

On the ground at NASA they were still moving forward with releasing their fake moon landing footage while keeping one eye on the trajectory of their spacecraft.

As news of the successful moon landing spread the world celebrated.

On the spacecraft there was a celebration of sorts as well. Lacy came to a power sharing agreement with the mice and not a moment too soon. Peaches gave birth to 7 squirmy little babies. It was an exciting time in space traveling with a bunch of floating baby mice grabbing cat treats in zero gravity.

It was not much longer until Lacy herself had a litter of kittens that were more than eager to bounce from wall to wall in the control pod mastering barrel rolls and pretend mouse hunting.

NASA determined that most likely the craft burned up in the Mars atmosphere while attempting to land but a small group of scientists still held out hope that the landing was successful. That same group of scientists spearheaded the effort to send a robot to Mars to do some cat hunting.

They decided to call it Rover.