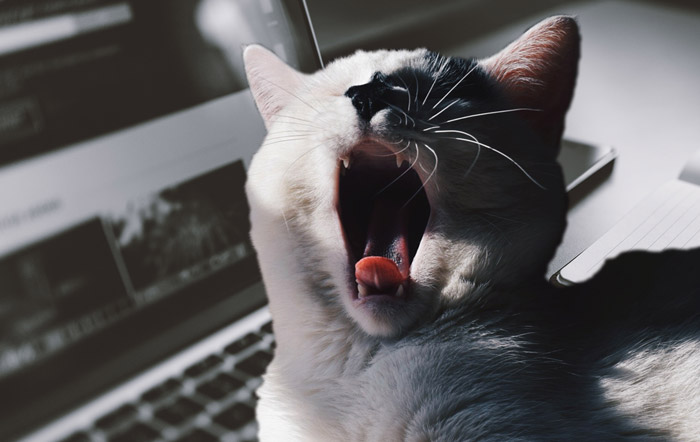 Here at Fake Cat News, sometimes we get it wrong. Last week when we reported that cats had been spending more time on computers, the story implied that cats were literally sleeping on the machines. I don’t need to tell any of you how much cats enjoy napping on heated surfaces. I thought that my conclusions were sound at the time but today I have to admit I was wrong and that my story was way off the mark.

On further investigation my team discovered the real story. Cats are literally spending time working with computers. When their owners are away cats have been training themselves to use computers and the Internet. Crunching the web analytics numbers we found so many searches for Temptations cat treats that the human race alone could not account for the traffic.

Beyond simple web usage it is clear that some cats are getting good at actually developing games and software. Some researchers conclude that as much as 30% of mobile games are in fact developed by cats.

Another cat hacked Amazon’s servers and trained the voice operated device Alexa to understand more than 30 different cat dialects. This has lead to a rash of Temptations cat treats to be delivered to the homes of very confused cat people.

It is hard to predict the impact computer technology will have on the cats and their owners but rest assured that Fake Cat News we will keep you up to date.